This is How I Fight My Battles 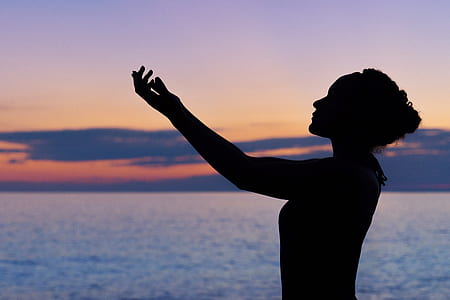 Rage filled Katrina as she raised her balled up hands.  “How dare you throw worms at me!”

Doug threw his head back and laughed like he was taunting her to make the next move.  “What you going to do about it?  You think you can fight me?”  Another hearty laugh escaped past his lips.

Katrina knows that sneering is never lady like, but desperate times call for desperate measures.  Katrina took a step closer as she pulled back her right arm gathering strength to make her next move.

Doug closed his eyes enjoying the moment of putting this little brat in her place.  If only his friends could be here to enjoy the moment.  But Doug’s blissful moment was short lived when pain erupted in his belly causing him to double over and grab his abdomen.

Quickly Katrina took two steps back and lowered her fists.  Her mouth dropped open, she couldn’t believe she just punched Doug in the stomach.

“Ouch!  Why did you go and do that?”  Doug stood up to his full height as his face started to turn red.

There are two things that Katrina was taught, pick your battles wisely and know when it’s time to run.  Now was the time to run!  With all the speed she could muster up she ran as fast as her legs could carry her knowing Doug would be chasing her.  The sound of footsteps pounding the ground behind her spurred her on until she reached the gate to her yard.

With speed of unknown origin, Katrina flipped the latch and pushed the gate open.  Once she was through the opening, she spun around and shove the gate closed.

Doug skidded to a stop in front of the gate.  “I’ll get you, you little twit.”  Each word was emphasized with a spray of spit.  “When you least expect it, I’ll pounce all over you.  You’ll be sorry!”  Doug stomped away looking back once to emphasize his threat.

Katrina leaned against the gait as she caught her breath.  She was safe now.  Another day of being bullied.  If only Doug would fall into a well and leave her alone then all her troubles would go away.

But most of my battles are not that simple.  They require something stronger than a blow to the gut.

Have you ever gotten frustrated with God?  I have.  I remember the day vividly.  It was the summer of 2006 and my marriage had been on shaky grounds for a while.  I was doing my morning devotions and asking God, again, to do something about my relationship with my husband.  I was reading some scripture out of the bible and became irritated.  I felt like God was asking me to do something else for the marriage.

I’d had enough of doing.  I was tired of no results and feeling like I was the only one trying to fix this marriage.  So, I told God, “No more, I can’t do it.  I just don’t have it in me anymore.”  I closed the bible, stood up and shoved the bible high up in a bookshelf under some other books.

Yup, I put the bible away with no intentions of reading it again.  I was done trying and didn’t want to read anything else.

The funny thing is, I have been a Christian all my life and I knew what was going to happen to me after pushing God away.  A little crack was created between God and me.  Eventually this fissure became larger, and as time went by it felt like I had a canyon separating me from God.

Things only got worse with my marriage until one day the relationship went SPLAT!  Meaning we separated.  The bummer part was I had disconnected myself from God and lost the support, at least that’s what it felt like.

One day I was sitting at my desk crying and feeling like I was at the end of my rope when a vision came to me.  I was standing in a trench peaking over the edge.  The sky was gray with smoke lingering from the bombs that had exploded.  The ground before me was bare and desolate.  There were a few lone blackened tree trunks left standing.

I saw three people out on the front line.  I found it odd that none of the bullets whizzing by them nor the bombs exploding affected them.   I peered more closely and realized they were my three aunts standing with their hands raised up to the sky praying.  They were fighting my battle and holding an unseen force back.

As I sat at my desk watching this scene unfold before me, it dawned on me that my aunts had been praying a lot for me.  It was probably the only reason why I was able to get through my days.  Looking back, I now know that God never left my side, He was patiently waiting for me to come to my senses.  Thank goodness I did.

Because of the distance I created between God and me, I was no longer able to fight my battles with the evil forces.  What a fool I was to become so helpless against Satan, thankfully my aunts stepped in and did battle for me through prayer.  I am ever grateful for my aunts being my prayer warriors especially during my difficult time.

My vision may sound a little crazy to you, but God got my attention that day.  I found my bible and started reading it.  It felt good to read God’s word.  I then got on my knees and started praying, pouring out all the yuck that had collected inside of me letting God clean it all up.    2 Thessalonians 3:3 – But the Lord is faithful, and he will strengthen you and protect you from the evil one.

That day I learned an important lesson about the value of the Word of God and prayer, you cannot fight battles successfully without it.  Katrina may have won her battle with a punch, but when we face the scary spiritual nasty battles that wage all around us, we need to fight spiritual with spiritual.

Distancing myself from God caused me to become helpless.  I remember telling my friend one day that I would rather be blind and deaf or paralyzed than to lose my relationship with God and not be able to fight my battles with Him.  Romans 8:31 – What, then, shall we say in response to these things?  If God is for us, who can be against us?

Now my life centers around God with healthy doses of reading my bible and praying.  If battles need to be waged then I have my shield, sword, helmet, and breastplate to put on and fight with God as my strength.  Ephesians 6:13 – Therefore, take up the full armor of God, that you may be able to resist in the evil day, and having done everything to stand firm.

So, if you are wondering how to fight your battles, trust me when I say, “You fight with the word of God and prayer!”

This is how I fight my battles.

Jeremiah 1:19 – They will fight against you, but will not overcome you for I am with you and will rescue you, declares the Lord.

Isaiah 54:17 – No weapon that is formed against you will prosper; and every tongue that accuses you in judgement you will condemn.  This is the heritage of the servants of the Lord, and their vindication is from Me.

Romans 8:37 – In all these things, we are more than conquerors through Him who loved us.

1 Corinthians 15:57 – But thanks be to God, who gives us the victory through our Lorde Jesus Christ.