Do I Need a Reserve Parachute? 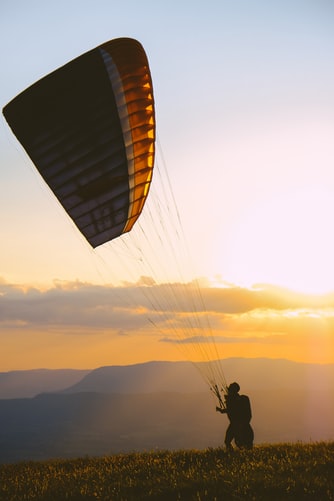 I always say, “if there is mayhem to be had or Murphy’s Law to be applied then it’s me who’s the recipient!”   I don’t know if I’m in the wrong place at the wrong time or if it’s me making ridiculous decisions, but my life is NEVER boring and to be honest, I like it that way.

Recently I was preparing for my fourth tandem skydive jump and was going over the container (the backpack that houses the parachutes) with my instructor.  I told him I was having a hard time understanding how the parachute deployment process worked, so he explained it to me.  He went over the reserve chute and how the cutaway cord works to release the main canopy and deploy the reserve chute.  As he explained this, I thought to myself, thank goodness we won’t be needing this!

Now skydiving is not just about jumping out of a perfectly good airplane, as several people are telling me these days, but it’s mainly about safety, safety, and safety.  Since God didn’t give us wings then the only thing between high altitude and the ground is a parachute.

Once my instructor had completed his training about the container, we boarded the airplane and once again went through the safety checks while I practiced monitoring my altimeter and reaching for the chute deployment handle three times.  All good.

After we exited the plane, I practice again with moving my arm to eye the altimeter and placing my other hand on the main deployment handle three times.  Again, all good.

We did a couple of circles in free fall form while monitoring what altitude we were at.  Then since we were last ones out of the plane and furthest away from our landing target, I pulled the deployment handle to release the parachute at 7,000 feet.  Still all good.

After a couple of rotations, I then felt a free fall sensation and before I could register what was happening, we began to float again.

My instructor then hollered, “We just beat the Devil at his game!  We’re not dying today!”

Well, that’s a relief, I thought, I still have shopping to do this afternoon!

I turned around and sure enough, there went our main canopy making its own decent heading for a grove of trees.

The parachute lines got tangled and after two erratic whirls my instructor pulled the cutaway cord and released our reserve chute.  Oh my, what a ride!  I guess we needed that reserve parachute after all! 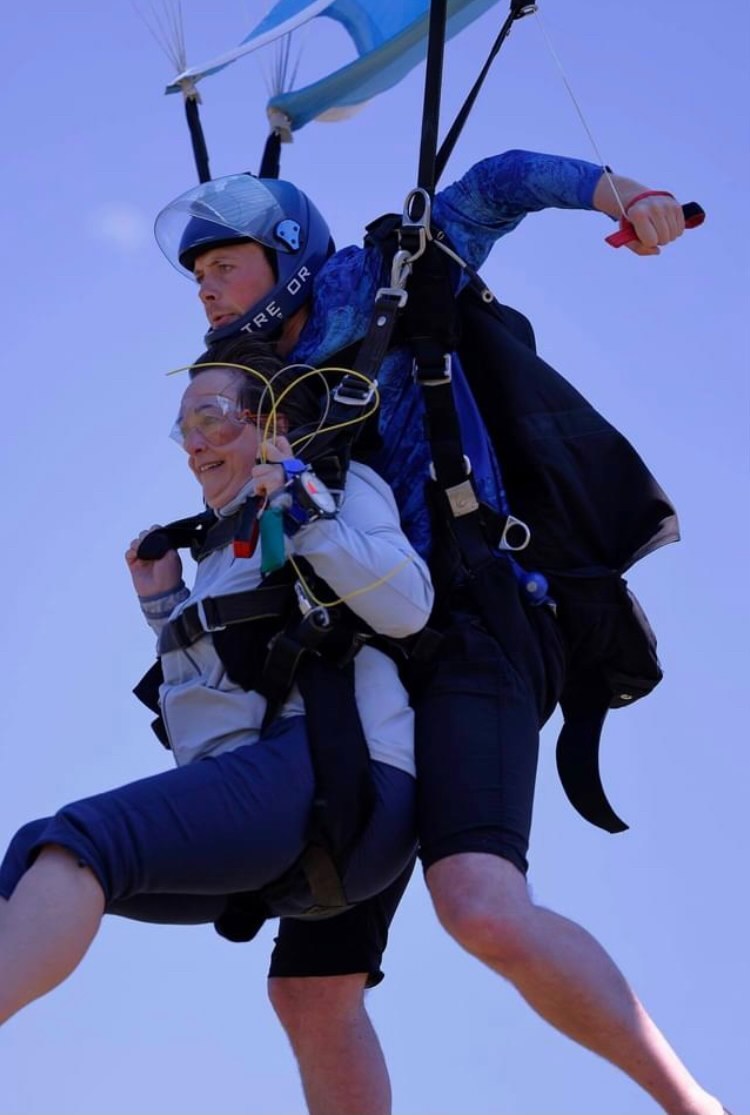 We’re coming in for a landing with our reserve chute and as Trevor puts it, we are dialed in!  The cables in my left hand are what Trevor pulled out to release the main chute.

Isn’t this just like life?  Your beep bopping along and all off the sudden something gets all tangled up in your life and throws you into a spin propelling you downward.  I should know, this has happened to me enough times that I wonder if I should by the T-shirt that says, “Been there, Done that”

The unexpected circumstances are the ones that cause the most turmoil for me such as a relationship gone bad, or a death of a loved one.  But whatever it is, it seems that I continue to spiral down until I pull that cutaway cord and get rid of the malfunctioning chute.  It’s when I look up and see the reserve parachute deploy that I realize my situation is going to get better and then I can start tackling the muck of whatever life problem I’m going through.

Just like skydiving, a Christians walk is also about safety, safety, and safety meaning, I always carry a spare parachute.  Well, not a real one.  But my reserve chute consists of a few things.

One section of my canopy is prayer, a form of conversation that never gets old and is always effective.  Prayer, or talking with God, is a simple affair.  Although some situations may call for earnest praying, I find that I never need to negotiate with God because His help is always free.  He patiently waits for me to come to my senses and reach out to Him for assistance.  He has never failed me.

Another section of my reserve parachute is the support of friends and family.  Difficult situations seem to move along a little easier if I have trustworthy people that I can reach out to for support and encouragement.

Then there is the Bible section.  I know some think it’s just a bunch of old stories and wonder if they are even true.  But I think if a lot of people have read it and have benefitted from it then why should I snub my nose at something that could help me make it through a really difficult time in my life.  I’ll take all the help I can get!

Going through an experience of having our chute get all boogered up and then cutaway only to do another free fall until the reserve chute opened should have freaked me out but I wasn’t an ounce scared.  Thanks to my instructor, who was as cool as a cucumber, got us safely to the ground while educating me along the way on skydiving techniques just like God guides me through a turbulent turmoil safely.

People have asked me, “Are you going to continue to skydive?”  My answer is always emphatically, “YES!!!”

Keep God in your life.  It’s the only reserve chute you’ll get that will keep you from spinning out of control.  In fact, you may find that your able to get through those difficult times in your life a little easier.

Phillipians 4:6-7  Be anxious for nothing, but in everything by prayer and supplication with thanksgiving  let your requests be made known to God.  And the peace of God, which surpasses all comprehension, shall guard your hearts and your minds in Christ Jesus.